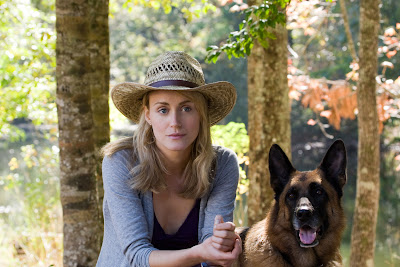 Actress-on-the-rise Taylor Schilling takes her first feature lead role as Zaf Efron's love interest in Warner Bros.' emotionally charged romantic drama, “The Lucky One.” Directed by Oscar-nominee Scott Hicks, the film is based on Nicholas Sparks' No.1 bestseller of the same title.

In “The Lucky One,” U.S. Marine Sergeant Logan Thibault (Efron) returns from his third tour of duty in Iraq, with the one thing he credits with keeping him alive - a photograph he found of a woman he doesn’t even know. Discovering her name is Beth (Schilling) and where she lives, he shows up at her door, and ends up taking a job at her family-run local kennel. Despite her initial mistrust and the complications in her life, a romance develops between them, giving Logan hope that Beth could be much more than his good luck charm.

Taylor Schilling plays the woman in the photograph, who becomes a talisman for a man she doesn’t even know exists. “I got a feel for the character right off the page. They’re both living with a duality of tremendous loss and potential joy. Whether it’s their destiny or not, it’s incredibly romantic.”

Zac Efron offers, “Just the act of finding the picture directly saved his life. He was in the right place at the right time and after that he seems to survive situations he shouldn't be surviving, while others around him aren’t as lucky, so it takes on special meaning.”

Logan is unable to shake his curiosity about the woman in the photo, who inadvertently saved his life. Deciding he must try to locate her, he scours the internet to identify the lighthouse in the background, and finds the match. Soon he embarks on a trek from Colorado to Louisiana, with his dog Zeus at his side.

The filmmakers’ own search to find the object of Logan’s quest began and ended with actress Taylor Schilling, who was cast as Beth Green. “Taylor conveys a complexity of emotional expression that is really extraordinary,” Hicks says. “You read in her eyes so much depth and detail.”

When the filmmakers put Schilling and Efron together, their on-screen chemistry sealed the deal. “That’s always the great unknown,” notes Hicks, “the question of what it’s going to be like when you put your stars together. Is there going to be any chemistry? From the first moment, the connection between Zac and Taylor was apparent.”

However, when Beth meets Logan, there’s immediate distrust. “They’re both broken in a way,” Efron acknowledges. “She’s guarded and he can’t tell her the real reason he’s there.”

In the photo, Beth is smiling, but the woman Logan first encounters “has obviously experienced tremendous loss,” says Schilling. “She can’t help but bring all of her baggage to the table: her grief, her defensiveness, her pain, her vulnerability. Whether she’s ready or not, Logan shows up and presents an opportunity for her to heal. I so admire in Beth the courage and strength to go for it, even though it’s scary.”

Producer Denise Di Novi adds, “Beth is a divorced single mother who put her dreams on hold until Logan comes into the picture and she begins to realize that maybe she does have a right to be happy and have love in her life again.”

Schilling will next be seen in Ben Affleck's latest directorial effort “Argo,” in theatres in September. She will star opposite Affleck, in the role of his wife, Christine, in the film that centers on the real-life C.I.A. plan to rescue a group of diplomats from Tehran after the 1979 Iranian revolution. 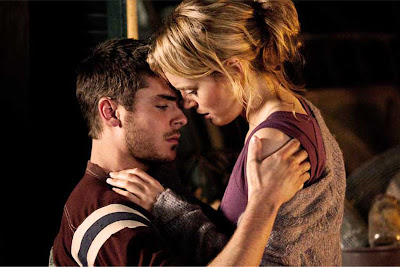 Opening across the Philippines on Thursday, April 19, “The Lucky One” is distributed by Warner Bros. Pictures, a Warner Bros. Entertainment Company.